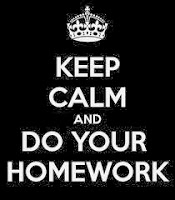 As many of you out there can recall from your school days, not doing your homework, even just once or twice, would almost surely make you fall behind. Some might cheat to try to catch up, some might beg "the smart kid" for answers (but I'll be your best friend!), and some might accept their fate and be more diligent.

This metaphor perfectly sums up the moral of a story that has recently come to my attention. A figurative cry for help has reached me, in the form of a comment left on my VERY first blog entry for SAFE, way back in April, 2010. Who would've imagined anyone still read that far back?! Let's see what's going on.

As you can see if you click on the link above, on October 24th, someone simply going by the name Mo has commented. In it, he informs myself (and all of SAFE) that he'd recently bought five rings from BC Galleries (referred to as a Local Antique shop...does this mean he's in Melbourne)? He wants my personal help in ID'ing/authenticating, as he's "not good at Hellenic culture." Right...like I am?!

The story continues with the assertion that he's a "university accounting student also interested in Antique," but that he went ahead and spent $2,700 US (allegedly) on these rings...without getting anything independently verified first! If this is true, I'd also assume that he only found out about SAFE and my blog post after the fact. One would hope! He goes on to beg my help as, apparently, he could find no appropriate specialists in Australia (not even at the undisclosed "Local Museum"). No experts, he says? Perhaps it's merely that he's worried the experts won't help...because since when is it their responsibility? They have enough on their plates! I have thus become his "last hope."

So, seems like Mo wants me to "do his homework" for him, perhaps after the fact. Either he's clueless and got had, so now reaches out to whomever he can in the hope that someone can assuage his buyer's remorse with a vindication that he's purchased real items...and to hell with considerations such as import/export legality or whether he's holding "toxic antiquities."

On the other hand, would a Uni accounting student (!) with apparently some cash to blow (lucky him!) buy no-questions-asked online? Wouldn't you want to talk to the dealer in person first? Would any but the most gullible ever buy, say, a car from a used-car salesman (not known for their honesty, alas) without performing "due diligence" first?

If anything resembling a licit global market entirely separate and not fed by the illicit market is ever going to exist, if that's even possible, then everyone involved on the demand side has the utmost responsibility to perform due diligence not just afterwards when caught or investigated (or uneasy about one's purchases). When one tries to click on the links to each individual catalog item as offered in his original comment, "not found" messages appear.

Given the numerous evidence-based arguments put forth already that strongly suggest licit can't be separated from illicit in this case (see here and here), I have my doubts. If such a development can ever occur in any meaningful sense, it will be a celebration worthy public policy outcome of new research in this field welcomed by many I'm sure.

As this unexpected example shows, and as we in this scholarly/investigative field continually stress, everyone who voluntarily chooses to further this risky business via "ethical" participation at any level MUST "do their own homework" by asking all the right questions, not just the most pressing afterthoughts.

Posted by Damien Huffer at 11:59 PM No comments:

Your Feedback is Important to Us!

As those of you who follow this blog would know, Vietnam and its ancient past are near and dear to my heart. The need to better conserve its archaeological record and understand what threatens it remains important...but the degree to which it is threatened is less known than other countries in the region. Research begun by myself and a colleague with legal and criminological expertise in art crime will begin to remedy this.

As part of our overall goal, we have drafted a series of questions designed to produce qualitative data via elucidating Western and Vietnamese archaeologists' experiences and observations of looting and the antiquities trade on the ground. We have already posted a call for interview subjects on three key Southeast Asian archaeology forums. I announce it here as well so as to keep spreading the word. If you or your colleagues would like to contribute, let us know and we can send you the questionnaire and more information about the project and its goals. There's plenty of time, and a diversity of perspectives would be very informative! Anonymity will be preserved.


Posted by Damien Huffer at 9:12 PM No comments: