Two Blogs to Watch Out For...

Two blogs have recently come to my attention that both, in their own way, highlight certain aspects of the antiquities trade/heritage preservation issues worldwide, and deserve further exposure here.

The first blog, simply called "Looting," administered by Dr. Nathan Craig and Margaret Brown-Vega, details the ongoing threat of grave robbing/looting ('huaqueando' in Spanish) still encountered throughout Peru and South America. Most entries consist primarily of photos of all the scattered remains, discarded "worthless" artifacts, and irreparably scarred landscapes left behind by looting. The broken bones, the complete ceramics with holes punched through them from looter's testing poles, the cloth scraps, hair, etc. All that context and irreplaceable data, all that disrespect and violation of the ancestors, just so the still-impoverished looters can feed the habits of rich middlemen and the international market. As poignant as the blog is, this is the kind of information that needs to be broadcast far and wide, wherever it occurs.

The other blog, "Culture in Peril," is run by one Mr. Nicholas Merkelson, an up-and-coming early career archaeologist and cultural heritage specialist with field experience from Spain to Kenya, museological experience at the National Museum of Natural History and National Museum of Kenya, and current employment with Adventures in Preservation, a sustainable heritage tourism company. With a world-wide focus, centred more on the ethics/controversy inherent in heritage conservation, site preservation, and the illicit trade in themselves, more than news from any one region, this blog nevertheless offers well-reasoned arguments, a breadth of stories and unrestricted commenting. To quote from his initial post (Feb 7th, 2010) "Culture in Peril will point followers towards the latest reports of heritage issues ongoing in the world today and provide insight into why and how these issues are--and must be--a concern to every individual." In this blogger's opinion, Culture in Peril is meeting it's goal very well!

Keep up the good work, and Season's Greetings, readers!
Posted by Damien Huffer at 7:56 PM No comments:

Let's Not Forget the Palaeontologists... 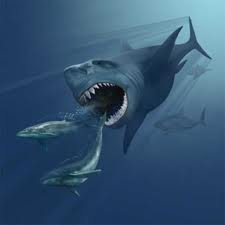 Despite the number of times that archaeologists get confused for palaeontologists (no, we do NOT excavate dinosaur bones), it is easy to overlook the fact that those who do uncover the world's pre-Homo sapiens past often face their own set of illicit smuggling/collecting threats to their work, field sites, and continued integrity as a scientific discipline. This recent article from the New York Times highlights these problems well.

The article details the ongoing illicit excavation and smuggling threat to an immense cache of 40 million year old marine reptile, shark and whale fossils, now being gradually exposed by the elements in Peru's Ocucaje desert, near the south coast city of Ica. Discoveries include "gigantic fossilized teeth from the legendary 50-foot shark called the megalodon, the bones of a huge penguin with surprisingly colorful feathers and the fossils of the Leviathan melvillei, a whale with teeth longer than those of the Tyrannosaurus Rex, making it a contender for the largest predator ever to prowl the oceans." The area is becoming well known to palaeontologists with marine mammal specializations, such as Dr. Christian de Muizon, of the Natural History Museum of Paris, perhaps rivaling parts of Pakistan, long known for its concentration of whale fossils.

However, now that so many nearby, and national, archaeological sites have been/are being looted out, smuggling attention is turning to fossils. Peruvian law classifies fossils along with archaeological artifacts as "national patrimony," and thus special permission is needed for their export. The hyper-remoteness of the region, it's aridity, and the near-complete lack of police presence means enforcement's more or less a pipe-dream. Indeed, many shops in Ica itself sell fossils: shark teeth for from $60-100, with rarer pieces going for higher. I wonder what kind of documentation comes with purchase, or is available upon request to prove that one's new store-bought fossil was excavated according to best palaeontological practice? If that segment of the illicit fossil trade that violates international laws at the behest of greedy dealers is anything like the antiquities trade (and it's clear that it is), I'm guessing the answer is no. According to the article, it's mostly itinerant seaweed harvesters/merchants who collect fossils on their way back from the coast. I would guess that this is not the world's most lucrative profession, thus making the urge to brave tough conditions in the desert a strong one.

According to the article, 2,200 seizures of illicit fossil cargo occurred this year at Lima's airport, up from 800 last year. This could be viewed in one of two ways: does the increase mean illicit smuggling attempts are increasing, or that customs agents are getting better at recognizing fossils and the tell-tale signs of concealed cargo, or both? It's hard to tell. What is apparent is that this is a growing concern, even in this remote region, as the still-impoverished huaqeros (tomb robbers) look for new ways to feed the market. By way of summary, the article linked to above details the rescue of more than one dozen Chimu-era artifacts robbed from a tomb near Conache, with a lawyer now contacted, and police and archaeologists stepping up patrol of the area. Similarly, professional palaeontologists, both local and foreign, must now race against time, the elements, and the criminal underworld to complete expensive field expeditions successfully, when they are fortunate enough to find good specimens of the species they're after. With the palaeontological community aware of the problem, it is now up to ethical local dealers and international buyers to cut off the illicit market at the source, only allowing sale of 'duplicate' skeletal elements from common species with a complete paper-trail and provenance provided. Buen suerte, Peru!
Posted by Damien Huffer at 7:26 PM No comments:

A new article from the Daily Times (a national newspaper out of Pakistan), brought to my attention via the Museum Security listserv, reports on a significant confiscation of artifacts bound for export, but stopped at the Allama Iqbal airport, Lahore. The Federal Archaeology Department recovered a shipment of 272 ceramics and pieces of Gandharan statuary (although the presence of the latter is not clear from the article) originating from the Khyber Pakhtunkhwa and Balochistan regions, including the Kuli site complex, but that some of the smaller ceramic objects might even have been unearthed on personal property, during home or yard maintenance for example.

Noting that artifacts such as these will often end up in the hand of collectors all over the world, the confiscating official lamented "ancient sites are plundered for short-term gains, this results in both the loss of heritage to indigenous people and irreparable damage to archaeological sites." Very savvy words indeed! Cultural heritage law in Pakistan dictates that if an object is verified authentic, but less than 75 years old, it is returned to its owner. In this instance, apparently the smuggling attempt wasn't well-disguised, and an on-the-spot determination of the general antiquity of the artifacts could be made, warranting their being turned over to the FAD. The stark cut-off point of 75 years applies even to small, more 'personal' items, as the ex-wife of famous Pakistani cricketer and politician Imran Khan found out 15 years ago, when she attempted to take a few tiles from the couple's house out of the country, but was arrested and tried for antiquities smuggling instead, the customs official reported.

The international and Pakistani archaeological communities are fortunate that, this time, the relevant authorities were on the ball, and this confiscation could be made. However, we in the illicit trade monitoring world know that for every one apprehension, many more get through. Thus, the burden of proof remains firmly on the shoulders of international galleries, such as Gandhara Galleries, to demonstrate that the 'priceless' objects they are selling for a fraction of their true, immeasurable, worth (while still reaping absorbitant profits) are either replicas, or have valid pre-1970s export licenses and, ideally, completely in-tact paper trails from surfacing to export to sale. Since it's all too apparent that most recent artifacts smuggled from places such as Pakistan will lack this documentation, dealers and galleries can't provide it, and most don't care, confiscations like this will, at least occasionally, continue.
Posted by Damien Huffer at 1:44 PM No comments: