New revelations have surfaced, reported in The Australian (related, older news here), that the National Gallery of Australia in Canberra does indeed possess one of the most high profile artifacts of those known to have been purchased from extradited antiquities dealer Subash Kapoor; a "dancing Shiva" statue worth approximately US $2 million on the open market (photo at left). It is suggested that this item was in fact stolen from a temple in Tamil Nadu state in 2008 and immediately snapped up by Kapoor before being bought apparently no questions asked by the gallery.

The other 20 items purchased from Kapoor that remain in the NGA's collections are alleged to have had sufficient due diligence and ownership history documentation provided demonstrating their exportation pre-1970...and yet an "investigative committee" has been established, the items remain unidentified to the public, and the gallery's director stated in a Senate hearing that they "were cooperating with authorities" and "needed to be as careful as possible." This stance is commendable and understandable, especially given direct evidence for previous high-profile oversights. All eyes are now upon them to see how this compliance plays out and what further investigation turns up.

UPDATE: According to my esteemed colleagues over at Chasing Aphrodite, the NGA seems likely to soon have alot more explaining to do...

UPDATE #2: New reporting in The Australian has revealed that $5.1 million was paid for this statue by the NGA, not $2 million, making this one of the most expensive art or antiquities deal done in Australia. A victim of fraud? Hmmmm...

UPDATE #3: The latest article in The Australian details how continuing revelations of high profile Australian museums and art galleries active and knowing participation in the South Asian antiquities trade via Kapoor have finally caused the Chair of the Australian Association of Art Museum Directors (one Mr. Tony Ellwood) to "place this issue on our next agenda." Let us hope this is carried out and that new accession guidelines for antiquities will be drawn up on par with those in the US and, importantly, made public and actually enforced!

I am quoted in the article and I stand behind my statements, but in retrospect, credit must always be given to investigators of the Tamil Nadu police department's Idol Wing for first alerting the world of some of these thefts. As well, I would more appropriately refer to Kapoor as the "Medici of South Asia" or just "Asia." All in all, these are minor points. All of us now eagerly await more revelations. I will continue to help uncover this "iceberg" as much as possible.
Posted by Damien Huffer at 4:08 PM No comments:

Museums and the Market: When Cultural Institutions Must Sell 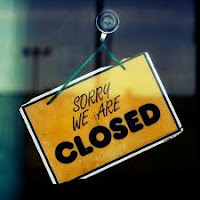 An interesting and thought provoking piece has come to my attention recently. It specifically posits the question of what, and to what extent, an established but deeply indebted museum (using Chicago's Field Museum as an example) can sell off previously held collections on the open market. Using the example of the sale of several paintings by Catlin in order to raise proceeds to pay curatorial staff who originally tended the collections, the question of how respectable museums can adapt to times of budgetary stress in an ethical manner comes to mind.

Some have argued for the legal release and sale of artifacts or pieces of artifacts (such as ceramic sherds) in which numerous allegedly identical examples might be found in any one excavation. I would respond by saying that just because two or more objects LOOK the same stylistically does not mean future scientific analysis won't reveal different manufacturing centres, raw material types, or adhering residues that could explain differences in archaeological context. Within the academy, the fields of archaeology and physical anthropology are becoming increasingly focused on methodological advances in "archaeological science" (archaeometry) to breathe new life into old collections or previously curated remains...revealing increasingly minute details of human life history or artifact manufacture, exchange, and use.

Carrying out new excavations successfully (for research purposes) is not only tied to the availability of funds (and thus national, state and local fluctuations in the economy), but also requires a certain degree of luck to find in-tact and well preserved sites before the global antiquities trade claims them. The role of museums and secondary collections in the continuation of global archaeological and anthropological research is therefore not to be underestimated. Selling off already curated items (even with paperwork attached) should therefore be avoided at all costs as, even if this trade would arguably be more "licit," it would still be detrimental to overall scholarly efforts to truly understand and share the past, not just aesthetically "appreciate" it.

Another issue raised is the concept of "donor security" being shaken if it became known that high-profile institutions are being forced to sell or auction off collections. Apparently, if donors get jittery that items they have consigned to museums for long-term safe keeping will now be sold off, and possibly not even returned to them, they will be less likely to donate in the first place. Even in Western countries, where storage space, proper curatorial technique, and security tends to be less of an issue, good intentions will never entirely buffer against ill economic winds.

If the items in questions (e.g. antiquities or fossils) have known or suspected illicit origins, it would seem likely that the economic hardship affecting many of the world's museums would only increase the likelihood of unscrupulous dealers or collectors continuing to do wrong by humanity's past by choosing the "free market" of the no-questions-asked antiquities trade as the final destination for items they no longer want the burden of holding on to. What can be done about this, in relation to the antiquities and fossil trade especially?

It's a tough question, but one that needs practical solutions, barring the sudden generation of revenue from thin air. Will previously free museums have to begin charging entrance fees or levy taxes on acquisitions from private donors? Making "gifts" and "bequests" no longer able to receive tax write-offs could be a start (and would, in my opinion, perhaps make donors more prone to double checking ownership history and documentation). I don't pretend to have a solution readily at hand, but I would love to discuss this topic further. How do YOU think cash-strapped museums can raise revenue without sacrificing too many employees, their ability to provide documented collections for new research, or indirectly fueling the antiquities trade?