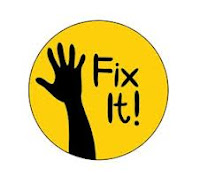 This excellent article by Tom Mashberg of the New York Times deserves further dissemination, so I am happy to help spread it through the cultural heritage "blogosphere." It quite clearly emphasises the varying rates of success in repatriation claims by non-Western countries to Western (demand nation) museums, depending on the degree to which a claimant nation's government is willing to 'cooperate' with museum compromises or requests for replacement exhibits/loans. These considerations beyond mere cut-and-dry "evidence" are too-often overlooked.

Most importantly to me is the call, yet again, for "universal standards" that can guide ALL Western museums greatly hampers efforts to organize and carry out repatriations in best accordance with all available evidence. As it stands, this lack of standards provides, in my opinion, another loophole that irresponsible or lazy individuals can exploit to avoid thorough due diligence/provenance checking, even when, as suggested in the article, research can only reveal that at one point an object passed through the hands of a dealer with "a history" of illicit dealings, requiring a judgement call to be made in the end.

Fortunately, the article highlights examples of museums (such as the Museum of Fine Arts, Boston) that are being increasingly proactive in balancing evidence and moral/ethical concerns and cooperating with investigations before things get out of hand. Victoria Reed, the museum's curator for provenance, is quoted as saying "As we strive for greater diligence today, these past acquisition mistakes provide our greatest learning tool." This really demonstrates to me that some cultural institutions that acquire and display antiquities truly get it by now. It's about time that everyone gets on the same page... Concerned citizens and professional scholars alike who watch the dramas unfold are willing to give those behind the curve time to draft and publicize new acquisition's policies, but if you fail to enforce them, be prepared to accept the PR consequences.

In other news, you can now follow me and this blog on Twitter: @DamienHuffer
Posted by Damien Huffer at 5:55 PM No comments: